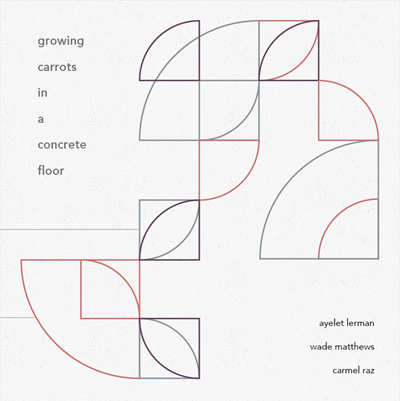 Growing Carrots in a Concrete Floor

Ayelet Lerman is a performance, installation and sound artist living in Jerusalem. She researches the non-verbal emotional field that stretches through the use of sound, music, sculpture, and movement. Ayelet was a young classical violist when she decided to look for new directions in life. She finished a BA in philosophy and biology and travelled in India. Her return to the art world was through her studies at the School of Visual Theater in Jerusalem where she finished the four years course at 2010. Her final work, “Stringed”, an installation-performance, granted her an award from the Jerusalem Mayor. Since November 2010 she is the curator of “Wire Tapping”, the experimental music series at Barbur Gallery, Jerusalem. In June 2012, she concluded a year and a half residency program at mamuta at the Daniela Passal’s arts and media center in Jerusalem with a solo exhibition of performance-installations. She finds a place for her experimental art and music in numerous art events, festivals and exhibitions. 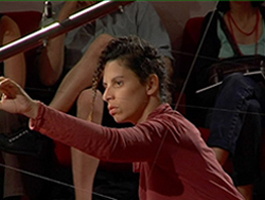 Advanced academic studies in composition helped French-born American musician Wade Matthews realize he was not interested in telling other people what or how to play. In 1989, he moved from New York to Madrid and became part of the international improv community. Drawing on his knowledge of electronic music, he approached the bass clarinet and alto flute as “acoustic synthesizers”, rethinking their sonic possibilities, phrasing, and relation to breath in a musical language based on real-time creation. When faster processors made laptop synthesis viable, Matthews returned to his first love, tweaking a virtual synthesizer to allow very rapid control of sound parameters for solo playing and dialog with others. In 2007, he founded INTERMEDIA 28 with photographer Adam Lubroth and guitarist Julio Camarena. There, he began to combine field recordings with electronic synthesis in a 2-computer setup that has since become his main instrument. 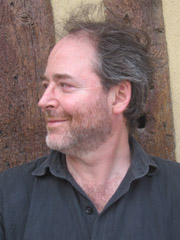 Carmel Raz composes, performs and researches music. Her music has been performed by a number or ensembles including the Arditti, Molinari, Carmel and Pacifica Quartets, the Kammerakademie Potsdam, the Orkest de Ereprijs, and the Musica Nova Consort. As a violinist, she has been featured as a chamber musician at Carnegie Hall, the Concertgebouw, and the Kennedy Center. She has performed with the Israel Contemporary Players, Ensemble Meitar, the Israel Contemporary String Quartet, and the Ensemble Modern Academy, and the Gustav Mahler Jugendorchesterand has been featured at many international festivals.

Carmel is also active as an improviser, performing on violin, viola and mandolin in a variety of genres ranging from Jazz to free improv and world music. She plays with the Jewish music band Tafillalt, with whom she has performed across Europe, notably at the "Sounds of Israel" Festival in Hamburg and the Lviv Klezfest in Ukraine.

Born in 1982, Carmel holds a Diplom in violin performance from the Hochschule für Musik "Hanns Eisler" in Berlin, and a Masters degree in composition from the University of Chicago. She is currently a Ph.D. candidate in music theory at Yale, working on a dissertation on the relationship between ideas about the nervous system and early Romantic music.  More information at www.carmelraz.com 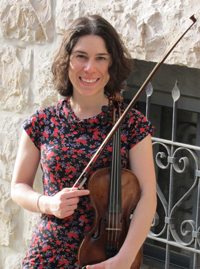 In March 2012 the series curator, viola player Ayelet Lerman hosted a meeting with American, Madrid-based electronics innovator Wade Matthews and American- Israeli classically-trained composer and violinist Carmel Raz and Lerman herself. The immediate, impatient shaping of a tight continuum of sounds by all three was later edited and released as Growing Carrots in a Concrete Floor.

Matthews transported the analog synthesizer sonic spectrum into his laptop and combined the vintage electronic sounds with various sound parameters and field recordings that allow him to interact with other musicians in real time. Lerman and Raz employ extended bowing techniques that enable both to tap to the delicate, transparent drones and noises produced by Matthews and later to sketch nuanced micro- tonal textures that expand the digital-based sounds to abstract and enigmatic tone poems. As this meeting progresses all three become more daring. The tension between the acoustic stringed instruments and the concrete electronic and field recordings sounds shifts organically between gentle and supportive dialogs and urgent, conflicting sonic collisions. The bows and strings are used on the third and sixth pieces to create fractured percussive sounds that trigger electronic sounds that intensify the intense interplay that culminates in an atmospheric electro-acoustic storms.
This unique trio succeeds to form imaginative coherent pieces, all charged with expressive power and energy.